Warning: count(): Parameter must be an array or an object that implements Countable in /home/customer/www/everestassistance.com/public_html/wp-content/themes/travel-agency-pro-child/functions.php on line 1358

Everest region in Nepal is popular among tourists all over the world. Everest region offers different outdoor activities including trekking, climbing, expeditions, helicopter tours, and many others. Furthermore, the Everest region is equally popular for the Sherpa culture, traditions, the simpler way of life, and warm hospitalities of the Himalayan Sherpas.

Namche Bazar is the heart of the Everest region. It is the major trading hub in Khumbu. Namche is a busy place where you will see clustered houses with colorful rooftops. If you want to fly to Namche Bazar from Kathmandu, our Helicopter to Namche Bazar is a perfect one for you.

There is no time in a year when we do not operate our helicopter tours. The visibility must be good for safe helicopter flights in Nepal. So, the Kathmandu to Namche helicopter is also operable when the weather is good with great visibility.

In Nepal, the seasons of Autumn (September, October, November) and Spring (March, April, and May) have the best weather conditions. During these months there are fewer chances of rainfall or snows. Skies are cloudless and clear with improved air quality. Also, temperatures even at the Himalayas remain mild.

Thus, Autumn and Spring are the peak seasons for adventurous activities in Everest. Thus, we have quite a busy schedule on our Helicopter to Namche at this time. However, there are trekkers, travelers, and explorers who book this helicopter tour in Winter (December, January, and February) and Monsoon (June, July, and August) as well.

Total Duration of Kathmandu to Namche Via Helicopter

The average time duration of the helicopter tour, Kathmandu to Namche is 50 minutes. Namche Bazar, 3440 meters is the major trading hub in Everest. Aso, this is the spot where all the trekkers trekking, climbing or exploring the Everest region meet.

If you have less time and want to fly to Namche, this is your best alternative of flying to Lukla and trekking to Namche from there. This will not only save you a number of days but will also reward you with remarkable views.

How Safe is the Helicopter Tour from Kathmandu to Namche?

Well, Everest Assistance has been organizing and operating safe helicopter tours in the Everest regions for many years now. We have well-trained pilots with advanced knowledge on the latest technologies and ideas.

One of the major difficulty during the Helicopter tours is the unexpected weather change. Sometimes in Everest, a good weather day is suddenly followed by tough weather conditions like strong winds, rainfalls, snowfalls, etc. This can happen at any time of the year but is frequent during off seasons (winter and monsoon).

In such cases, flying a helicopter is not safe. So, if you are in the air the helicopter must land somewhere. There are various places with safely constructed helipads where the helicopter can do emergency landings.

Our pilots exactly know what to do and where to land in such cases. So, you don’t have to worry at all. Your safety and comfort is our concern.

An alternative to escape the flight from Kathmandu to Lukla airport.

An easier alternative to visiting the Everest Base Camp and Kalapathar.

Visit the biggest and oldest monastery in the Khumbu region. Tengboche is also famous for the astonishing panorama of Himalayas.

Visiting Dingboche monastery. Also, you can trek to Everest base camp and Kalapathar from there.

Some Safety Tips on Gorak Shep to Lukla Helicopter Tour 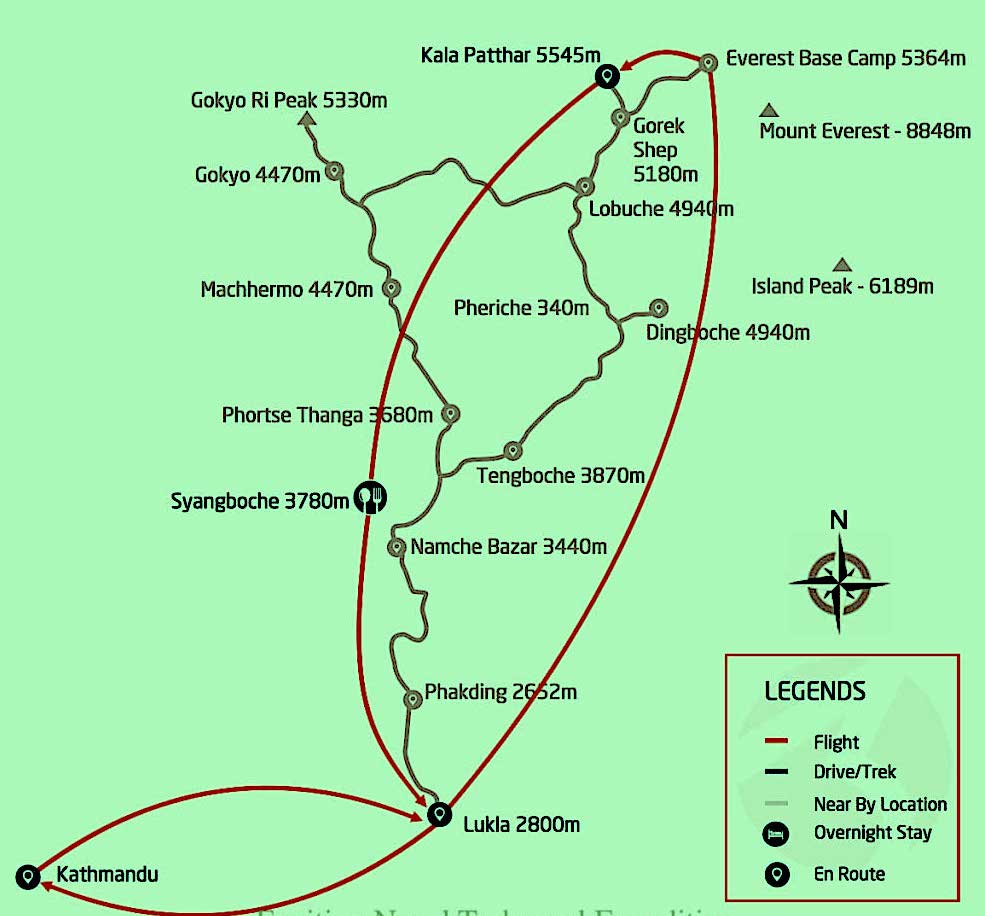 Nepal 1 Day
$2,800
Muktinath Heli charter is a quick way to explore The  Mukti Nath Temple which is a very famous temple which belongs to both Hindus and Buddhists....
View Details
Available through out the year:

Nepal
Imagine reaching your destination for a vacation or on a work purpose on time and stress-free! Everest Assistance and Experience services are here - to...
View Details
Available through out the year:

Nepal 1 Day
$500
Helicopter tours in Nepal are comfortable ways to visit and explore the remote and rural Himalayas. Helicopter tours to Everest are the most popular Heli...
View Details
Available through out the year: