Dolpo is a high-altitude culturally Tibetan region in the upper part of the Dolpa District of western Nepal, bordered in the north by China. Part of this region lies in Shey Phoksundo National Park. The sparse, agro-pastoral population, known as Dolpo in standard Tibetan and Dhol-was in the local dialect, is connected to the rest of Nepal via Jufal airport, which can be reached in three days by a horse. There are no precise population numbers for this region, with estimates including less than 5,000 and 18,000

The Dolpo are generally adherents of Bon, a religion whose origins predate Buddhism but whose modern form is officially accepted as a fifth school of Tibetan Buddhism. This remote region has preserved its Tibetan culture in relatively pure form, making it attractive to Westerners. Dolpa was the location for the 1999 Oscar-nominated film Himalaya and more recently for the German documentary Dolpo Tulku.

In spite of the near inaccessibility of this region and tourism restrictions for the more remote parts, Dolpa is a popular destination for trekking tourism.

Dolpo is geologically a part of the sedimentary Tibetan-Tethys zone. It is surrounded by Himalayan mountain chains including the Dhaulagiri (8,172 meters (26,811 ft)). These cloud barriers cause a semi-arid climate, with reported annual precipitations of less than 500 millimeters (20 in).

Chorten with barley fields; Tarap Valley in the southern part of Dolpa.

The region is historically divided into four valleys: Tsharka (“good growing-place”), Tarap (“auspicious excellent”), Panzang (“abode of monks”), and Nangkhong (“innermost place”). They constitute four of the seven village development committees (VDCs) that were created in 1975. The valleys south of the watershed drain into the Bheri River. The VDCs in this area are (roughly from east to west):

The northern valleys between the watershed and Tibet drain westward by the Lang River, a tributary of the Karnali River via the Mugu Karnali. The VDCs in this area are:

Dolpo can be roughly divided into four valleys, each of which is represented since 1975 by a village development committee (VDC): Dho (Tarap Valley), Saldana (Nanchong Valley, the most populous , Tinje (Panzang Valley), and Chharka (Tsharka Valley) There are also smaller VDCs at Bhijer, Mukot, and Phoksundo.

Dolpo makes up the greatest part of the area of the Dolpa District, but the district’s population is concentrated in the lower southern parts, where also most of the VDCs are located.

Many trekkers are also caught with the Altitude Sickness or other mountain sicknesses, 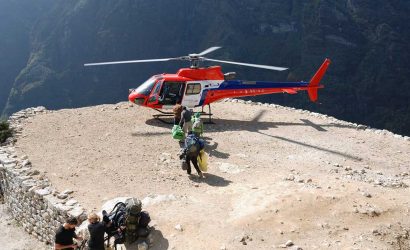 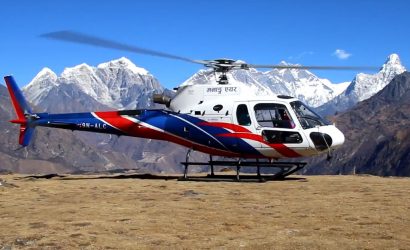 Everest Base Camp Fly Over 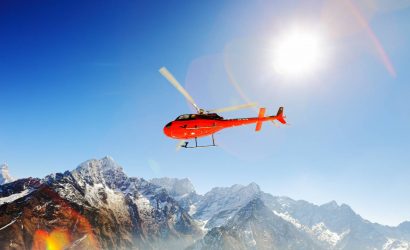 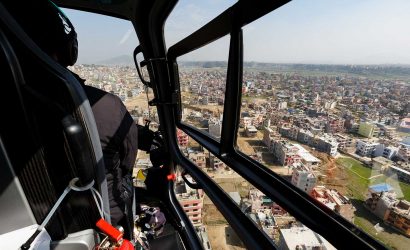 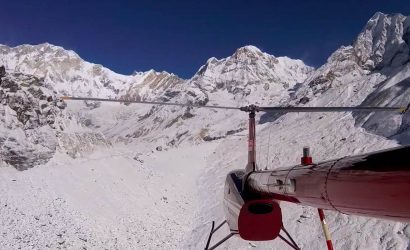